Greek yogurt, warming in a cup

Spoon out a half cup of Greek yogurt and let it sit and warm on the kitchen counter for about fifteen minutes, until it’s come closer to room temperature. While you’re waiting, mix the lukewarm water, yeast, salt, oil, and honey in a large bowl -- I found a whisk helped to mix all of it together. Once the yogurt has warmed enough to be mixed in. 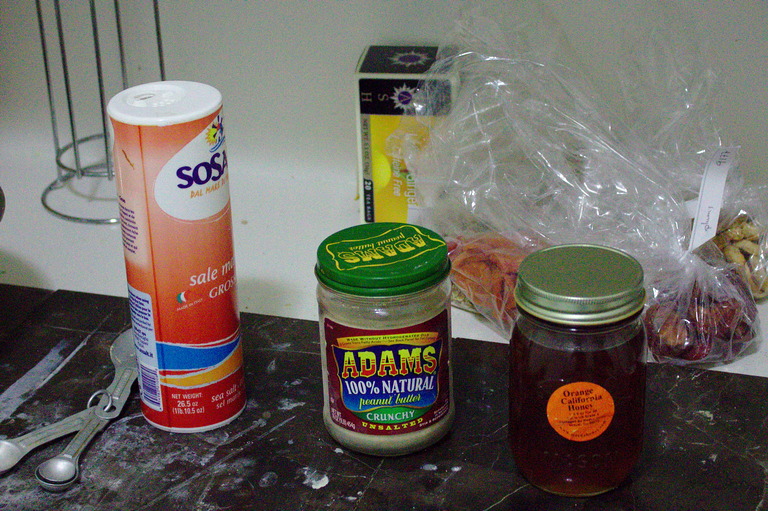 Chop the fruit on a cutting board, then measure the various flours (and gluten) into a separate bowl and mix them together. Add just enough of the flour to get the mixture to a sort of runny consistency (like batter) and then add the chopped fruit and nuts/seeds if desired before mixing in the rest of the flour. 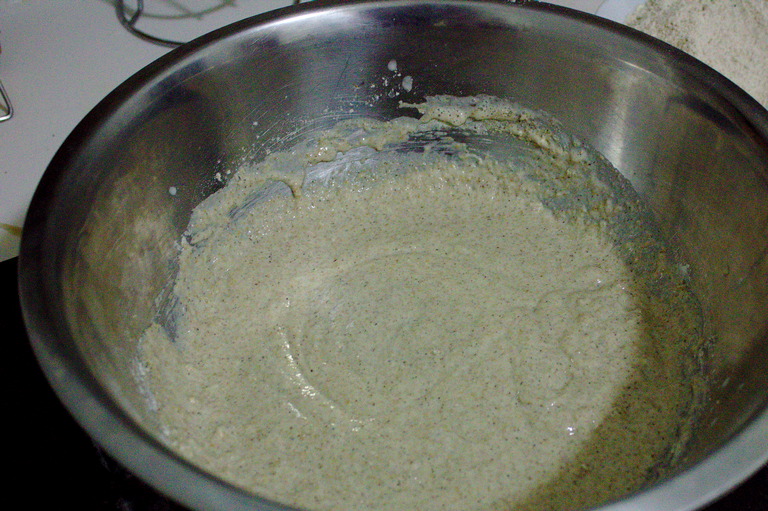 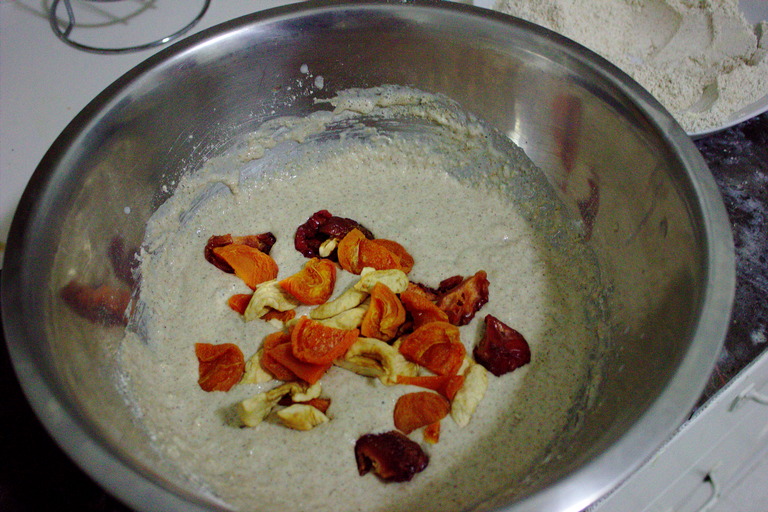 The fruit being mixed in 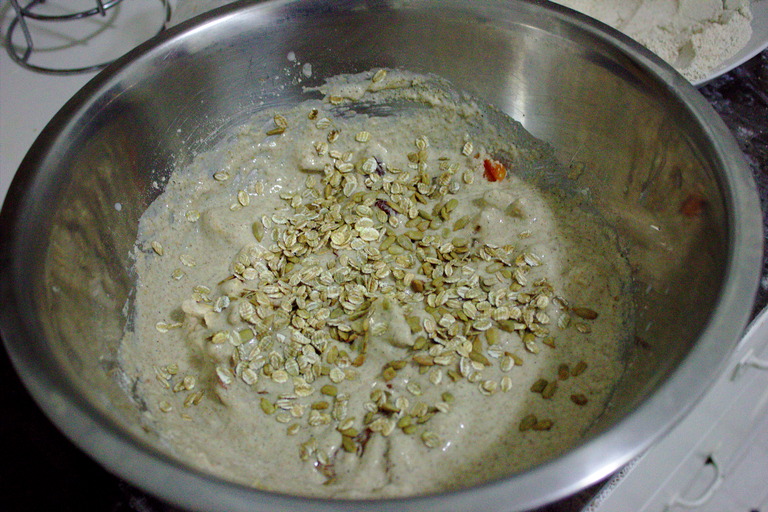 Plus seeds and flakes.

Knead for a few minutes, adding a bit more flour (of any of the three types), kneading until the dough is slightly sticky but still manageable. Cover the bowl and let the dough rise for an hour. 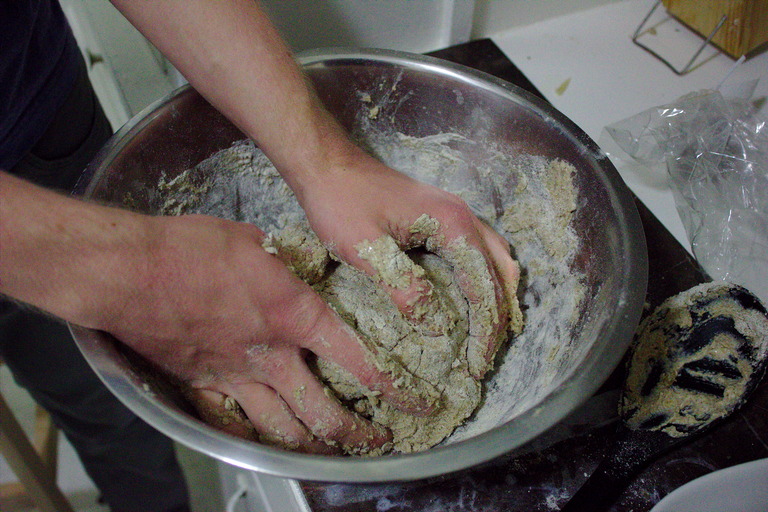 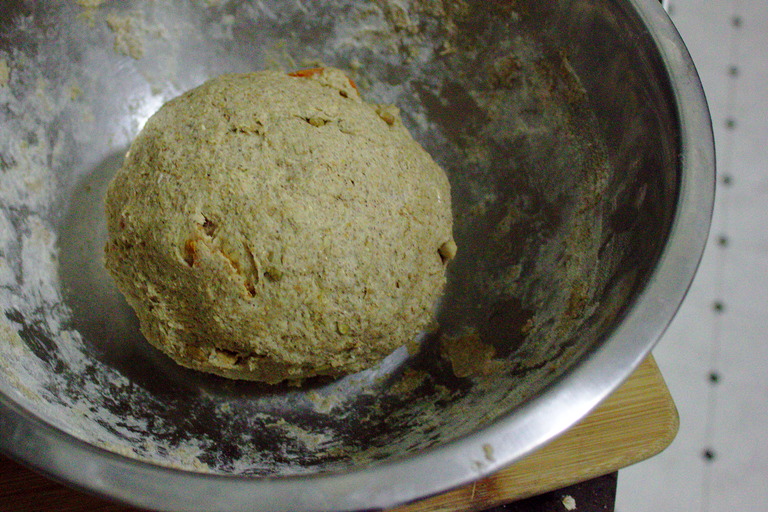 The dough, ready to be covered and rise.

After an hour, punch the dough down and form into a round on a cutting board with a bit of cornmeal on top so that it can slide more easily into the oven. Let it rise again for about a half hour, and start preheating the oven to 375 °F (190 °C).

After the bread has risen again, brush the top with egg yolk, sprinkle oats, rye flakes, or sunflower seeds over it, and bake for about 35 minutes. 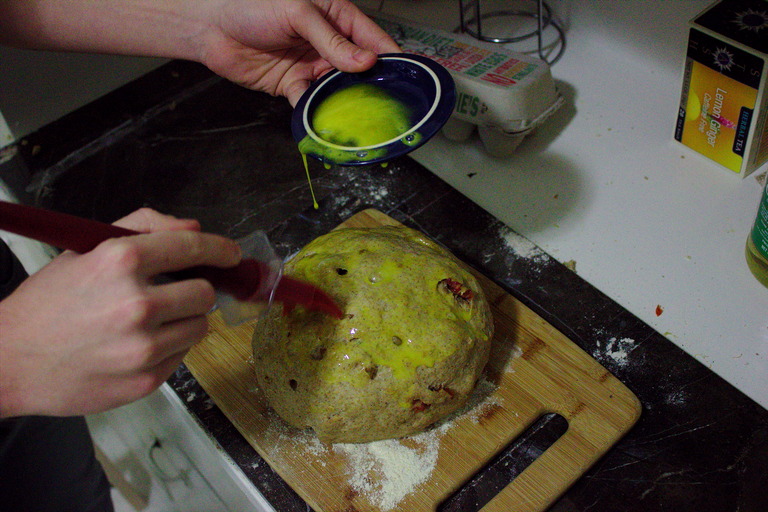 Painting the dough with egg yolk 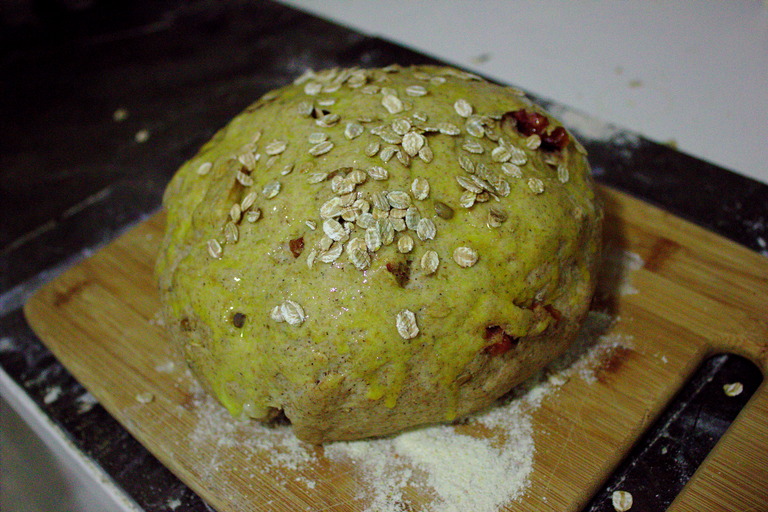